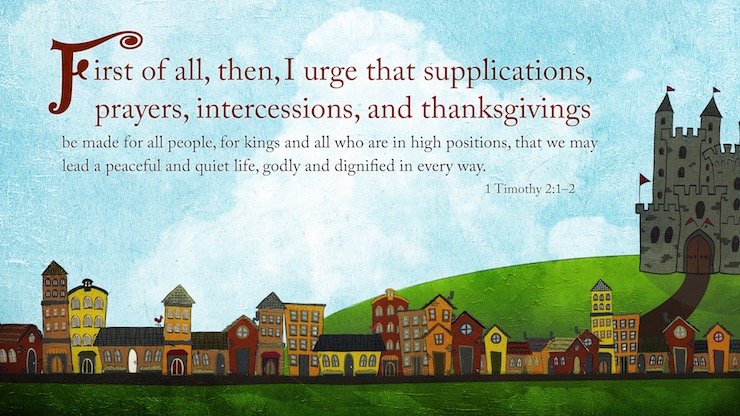 “First of all, then, I urge that supplications, prayers, intercessions, and thanksgivings be made for all people, for kings and all who are in high positions, that we may lead a peaceful and quiet life, godly and dignified in every way.” (1 Timothy 2:1–2, ESV)

If you did not know, this is an election year. We will elect the next President of the United States in November. This year is like no other. As much as we have complained about candidates of the past, I cannot remember anything like this. What I would like to share with you is the most important thing you can do for this election. It is not voting. Voting is important, but there is something even more important.

Whoever is elected, this is what I know. We are called to pray for them. Whether we disagree or agree with them, God’s Word instructs us to lift them in prayer. The President of the United States is the most powerful position in the world. There is no human alive who needs our prayers more. The President shoulders a tremendous weight that very few of us could even begin to grasp.

If you look the Scriptures, you will recognize that God often used ungodly kings and other rulers to accomplish his will. If God can use the Pharaoh, Nebachudnezzer, Julius Caesar, King Herod, and Pontius Pilate – he can certainly use Donald Trump or Hillary Clinton. Flawed rulers are nothing new to God.

When the Apostle Paul wrote to Timothy, the government was outright hostile towards the church. Persecution was widespread. Yet, Paul tells Timothy to pray for the people in high position even in the face of this persecution.

Instead of posting that next Facebook post about the election – Pray!!! Instead of making a joke about the next debate – Pray!!! Before you cast that ballot – Pray!!! Your prayer is critical for this next election and the future of America. The most important thing you can do for this election is pray.

I live in New Jersey. New Jersey is a solidly blue state. It is not a battleground state. Because of the electoral college, my vote, whoever I vote for, will have little consequence on Election Day. But what matters more than my vote is my prayer. Even if you live in a battleground state, your prayer matters much more than your vote. Join me in praying during the next month leading up to the election that God’s will is accomplished through this election for the good of all Americans.