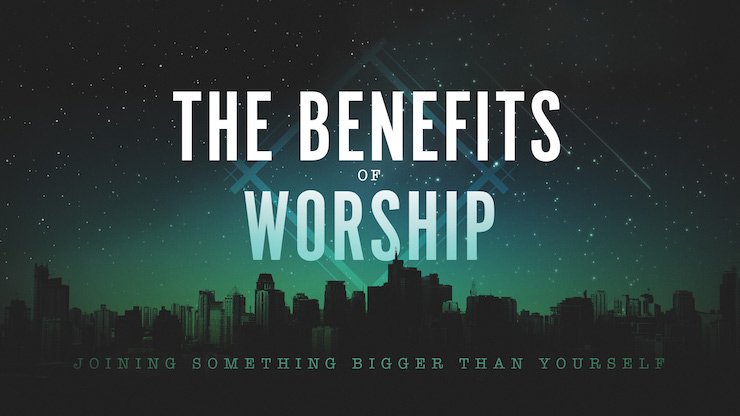 I was a hopeless Chicago Cubs fan for many years. The Chicago Cubs were known as the lovable losers. They had gone more than 100 years without winning the World Series. Last year, the unthinkable happened. We won!

I say “we” won. Although, I realize I did not win anything. It was Kris Bryant, Anthony Rizzo, Jon Lester, Jake Arrieta, and other players on the team that won it. But I still say we won it. I still wear the championship sweatshirt. I want be be a part of it. I want to be connected to it. I have been a fan. I identified with the team. I had stuck with them through all the bad years in hopes that one day we would reach the promised land. And now we made it. I didn’t win the game on the field, but I am joining the celebration. There are many others like me who want to make a claim on the greatness of that team.

There is a similarity with worship. Worship connects us to something greater. Jesus won the ultimate victory when he defeated death through the cross and empty tomb. Worship is an invitation for us to join in the victory celebration. We did not win the victory, but we get to participate in it.

When we join in worship, we are joining with others. When we sing in our local church on Sunday morning, we may only hear ourselves singing. But in heaven our song is joined with the songs of other believers all over the world. We are not only joined with other believers from other places, but also believers from other times. Our chorus of praise is lifted to heaven together with the early church and the church of the future. We also join the heavenly host in eternal worship.

The church often sings the song “Holy, Holy, Holy.” The words of this song come from John’s vision of heaven’s throne in Revelation 4.

“And the four living creatures, each of them with six wings, are full of eyes all around and within, and day and night they never cease to say, “Holy, holy, holy, is the Lord God Almighty, who was and is and is to come!”” (Revelation 4:8, ESV)

It is a song that is joined by a multitude that cannot be counted (see Revelation 7:9-10). While we only may hear ourselves, God hears all of us joined together with heaven’s choir. We are joining the celebration of all celebrations. When we worship we are part of something more spectacular than we ever realize.

The Benefits of Worship