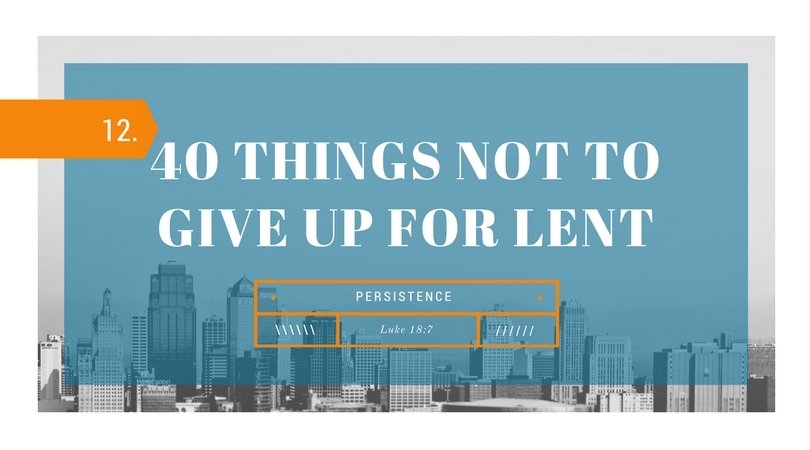 “And will not God give justice to his elect, who cry to him day and night? Will he delay long over them?” (Luke 18:7, ESV)

The widow comes to the judge. She asks for justice, but the judge refuses to grant her request. But the widow does not give up. She does not take “no” for an answer. She goes back to the judge. Then she goes back to the judge again, and then again. Finally, she wears the judge down. The judge says to himself, “though I neither fear God nor respect man, yet because this widow keeps bothering me, I will give her justice, so that she will not beat me down by her continual coming.” (Luke 18:4-5, ESV)

The window was eventually granted justice through her persistence. She endured. She waited the judge out with her constant nagging.

We come to God and say a prayer. Then God does not answer us in the timeframe we expect. So we conclude prayer did not work. Nothing happened. So we give up on God. We are one and done.

I find it interesting how quick we are to give up on prayer. We have the mindset to offer a single prayer, thinking the work is done. We expect the magic to happen. But often, the answer to our prayer is found in the waiting for God’s response.

In the Sermon on the Mount, Jesus says:

“But seek first the kingdom of God and his righteousness, and all these things will be added to you.” (Matthew 6:33, ESV)

The sense of this verse is not just to seek once, but to keep on seeking. Seek first, second, and third the kingdom of God. It is to seek the kingdom above all else. Don’t even consider seeking anything else, until you discover the kingdom. Be persistent.

On the opposite extreme of one and done are the people who have come to me and are worried of nagging God. They are fearful that God is tired of hearing their prayers and pleas. They don’t want to be a bother to God.