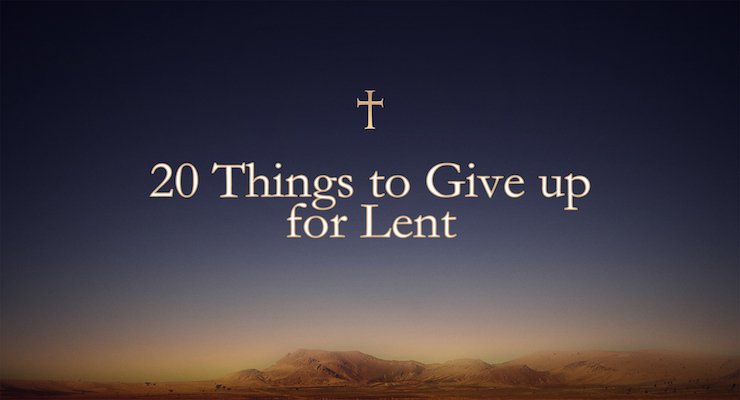 Last week we talked about all the wrong and right reasons to fast for Lent. We are less than a week away from Ash Wednesday and the beginning of Lent. Many Christians “give something up” for Lent, but it usually has very little of impact on their life and walk with Christ. The reason is that we usually give stuff up for all the wrong reasons.

With that said, I want to offer up 20 things you might consider giving up this Lent. And these are things to give up not just for Lent, but for the rest of your life.

God has so much more in store for you. But so many of these things above are holding you back from walking in the full destiny he has laid out for you. Today is a new day.